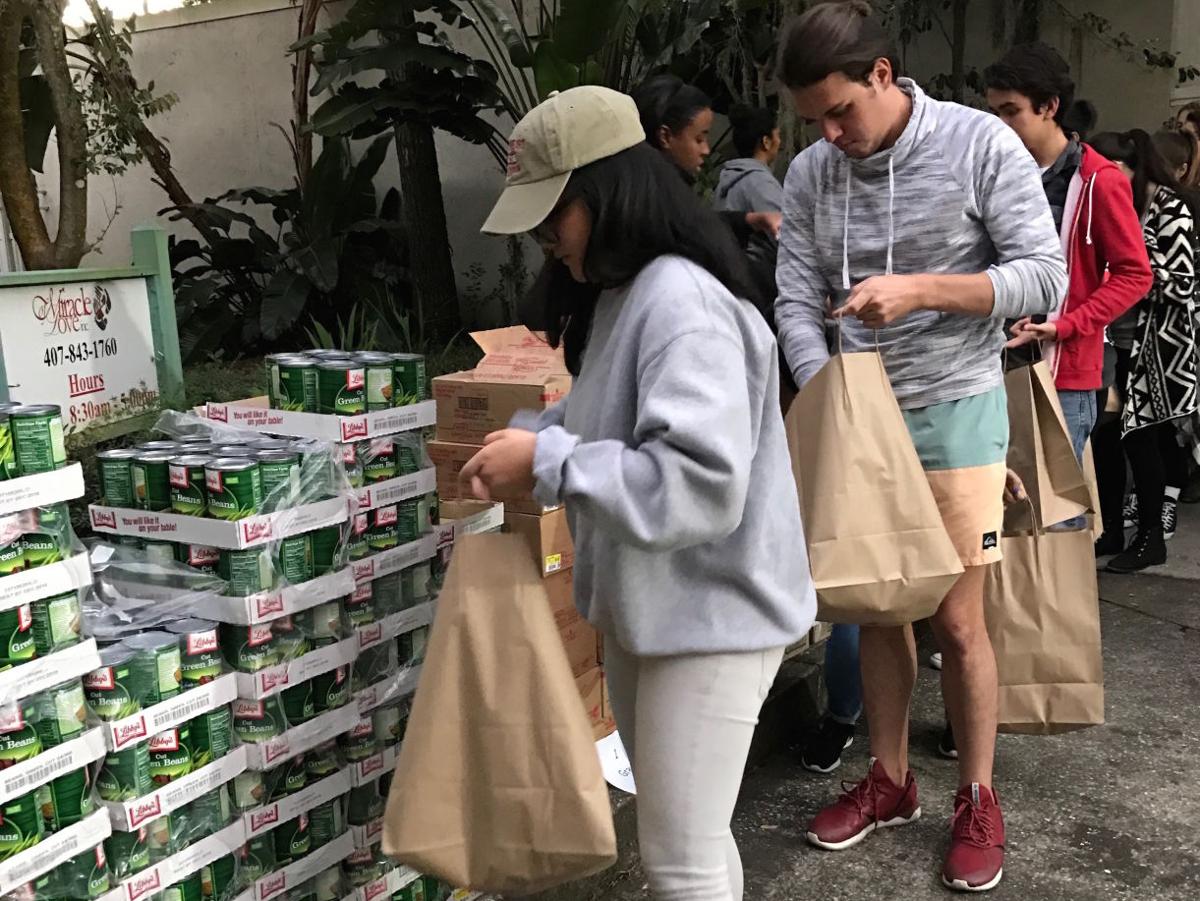 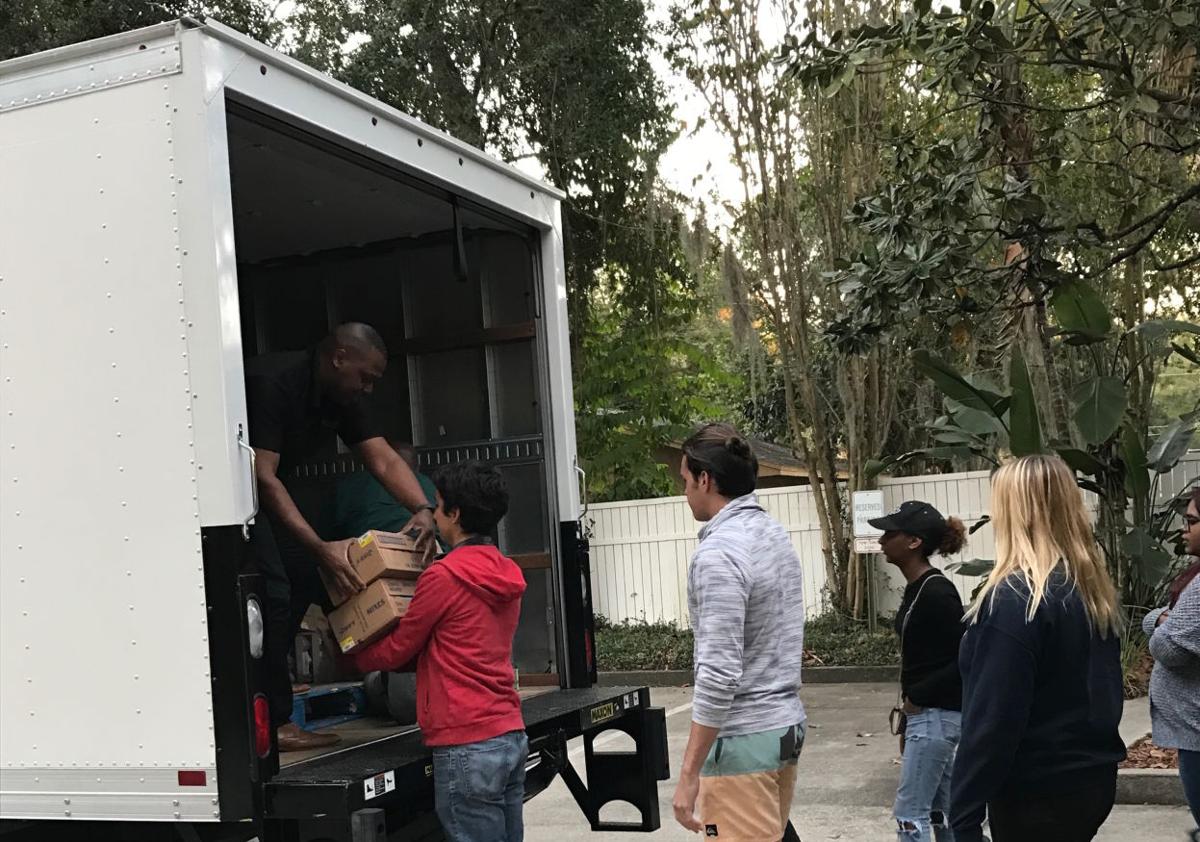 Executive director of Miracle of Love, Angus Bradshaw, hands over boxes to volunteers.

On Monday and Tuesday, Volunteer UCF prepared Thanksgiving packages for clients of Miracle of Love, a nonprofit HIV/AIDS organization.

Teaming up with Miracle of Love, a nonprofit HIV/AIDS organization in the Orlando community, UCF students laid out cases of canned corn, yams, cranberry sauce and boxed stuffing, among other Thanksgiving staples, before placing these ingredients in large brown shopping bags to be hand delivered to Miracle of Love's clients.

One of the students who helped organize the event was Natasha Cruz-Knopf. Cruz-Knopf has had a passion for educating people about sexual abuse since her freshman year at the University of Central Florida.

“When I joined Volunteer UCF initially and later became director of the Relationship Violence Awareness committee, I always knew I wanted to expand the knowledge about those impacted by intimate partner violence and sexual violence outside of women and children,” Cruz-Knopf said.

Now as the director of this committee, Cruz-Knopf, has made this dream a reality focusing on the LGBT community, a group that is often left out of the discussion, but have suffered continuing consequences from such abuse.

While the “Thanksgiving Turkey Drop” rewarded hundreds of HIV/AIDS patients, Cruz-Knopf’s said these recipients were not the only ones who benefited from the experience.

Milena Canete, president of Lambda Alpha Epsilon, the pre-professional criminal justice organization, said Miracle of Love’s influence on humility, an important value for those looking for a public service career, inspired Canete and her organization to partner with Volunteer UCF to come together and help those in need.

The UCF community came together to assist in these efforts, packaging and delivering turkeys, canned corn, and other Thanksgiving staples for clients who are often in need of financial assistance, and as Miracle of Love executive director said, cannot afford a “traditional” Thanksgiving without such efforts.

“It's important for people to become aware of populations impacted by sexual violence and intimate partner violence,” Cruz-Knopf said. “To add, these individuals are sometimes shunned by their loved ones, so these events at least allow these individuals to know they are not forgotten this holiday season.”

Bradshaw and Cruz-Knopf noted the event also gives the HIV/AIDS community recognition, allowing clients to connect with volunteers who may have preconceived beliefs, or those who know little about the HIV/AIDS epidemic.

While Cruz-Knopf is unsure of her future as director, the junior said she hopes this new partnership continues, impacting more volunteers and those affected.

“Although [UCF has] organizations like Pride and the Multicultural Student Center, I feel people remain in their bubble and do not go out to meet individuals with different stories,” Cruz-Knopf said. “I think this can be harmful, since this isolation can allow ignorance to fester.”

While ignorance continues to strike the HIV/AIDS community, Cruz-Knopf said that through support and appreciation, this misconception can dwindle.