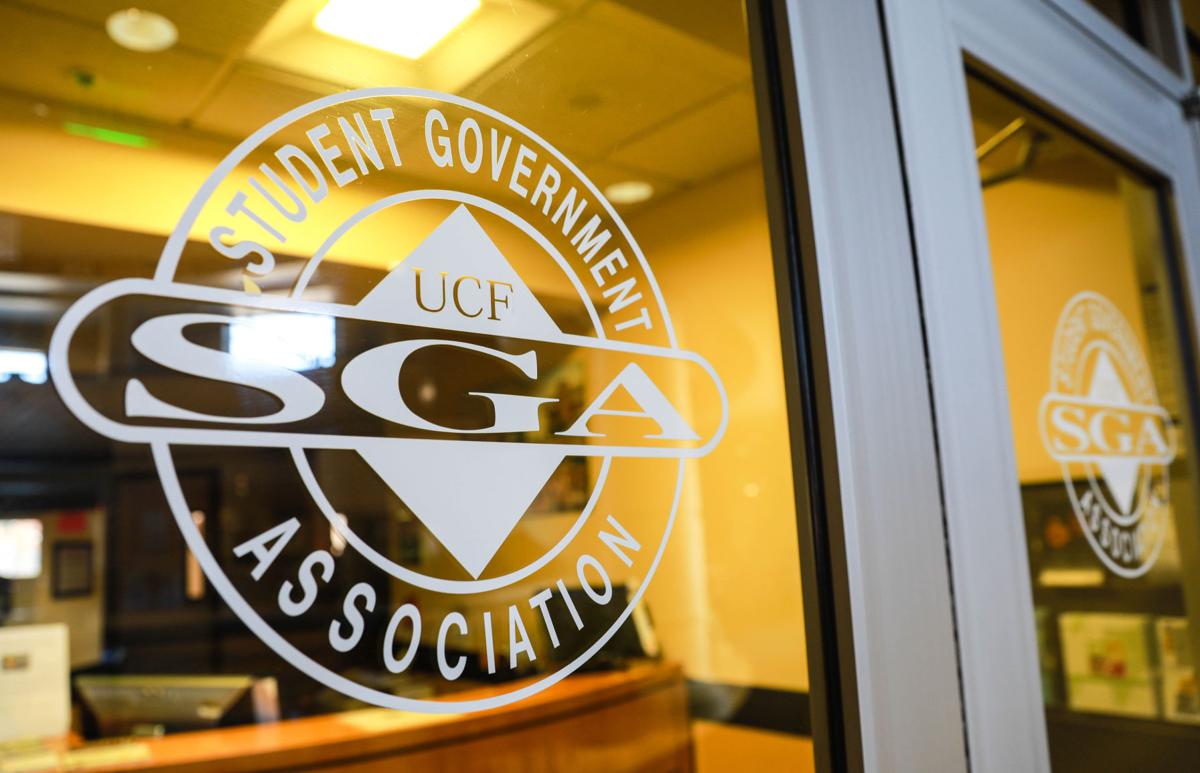 The UCF Student Government Association office located on the second floor of the Student Union. 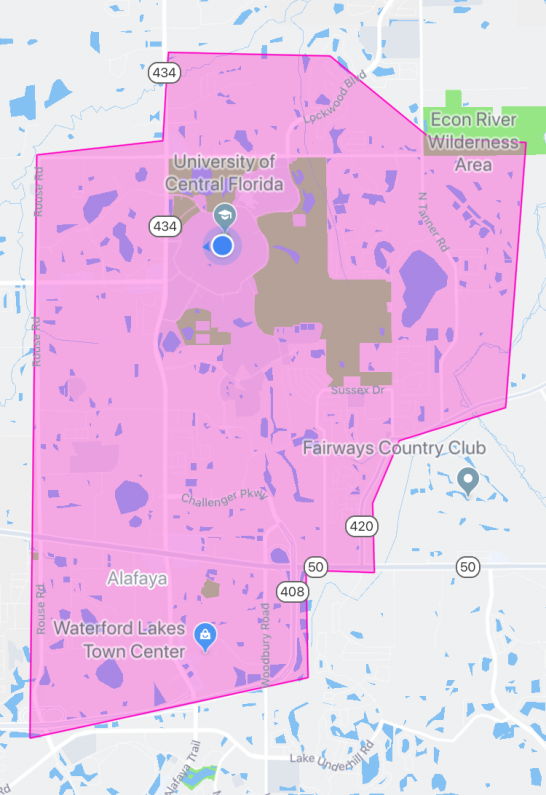 The updated "coverage area map" shows the area where students can use their vouchers toward rides with Lyft.

UCF SGA updated its partnership with ride-hailing service Lyft to give students additional locations and extra time to utilize the program.

The Safe Rides program has an updated perimeter, or geofence, which limits the range of where students can use their rides. The update was announced on Thursday at the first UCF SGA Senate meeting of the fall semester.

The updated partnership decreases the amount of rides each student gets per semester, but increases the voucher offered for each ride and extends the ride perimeter about a mile farther east.

Students will now receive free rides each week, beginning on Friday at 2 p.m. and ending on Sunday at 3 a.m. The program, initially launched on Jan. 24, began on Friday at 8 p.m. and ran until Saturday at 3 a.m.

Each student is now granted six rides with a $10 value per semester. Students that use Lyft must end and begin the ride within the designated area for the discount to apply.

“The idea is that there’s a full car of UCF students who are all riding, so that’s 24 rides between four students,” UCF SGA Deputy Chief of Staff Antoine Fields said.

UCF SGA President Josh Boloña said the cap on rides gave SGA the ability to offer the $10 voucher, which was initially a $5 voucher.

“From one side of the designated area to the other side across from it, the ride comes out to less than $9,” Fields said. “So with their $10 vouchers, students can get rides anywhere in the area for free.”

The perimeter for rides runs parallel to both Rouse and McCulloch roads, reaching students who live at the Riverwind at Alafaya Trail apartment complex. The area also includes students living behind North Tanner Road and trails along Lake Pickett Road, with Waterford Lakes at the edge of the map.

“The geofence is pretty exhaustive of what I would call the UCF area, as far as student living and student life,” UCF SGA Vice President Jad Shalhoub said.

“We thought it would be more wise to expand the time throughout the days,” Boloña said. “Obviously we want students to get home safe from the bars. That was the time slot that it was before, but we also wanted easier access if someone on campus that doesn’t have a car wants to go to Waterford.”

Depending on the popularity of the program, Boloña said SGA could have the ability to add more rides per student.

Students must still download the Lyft app and make an account to be able to use the program. Once an account is made, students must use their Knights email address to create a business profile, which can be found under the settings menu.

Students can then enter the promo code “SGAFALL18” and start using the program now.

Students will still have the option to split the payments with other riders in the Lyft app. They will also still be charged extra when there is a "surge" during busy times. The vouchers apply to new and existing users of the Lyft app.