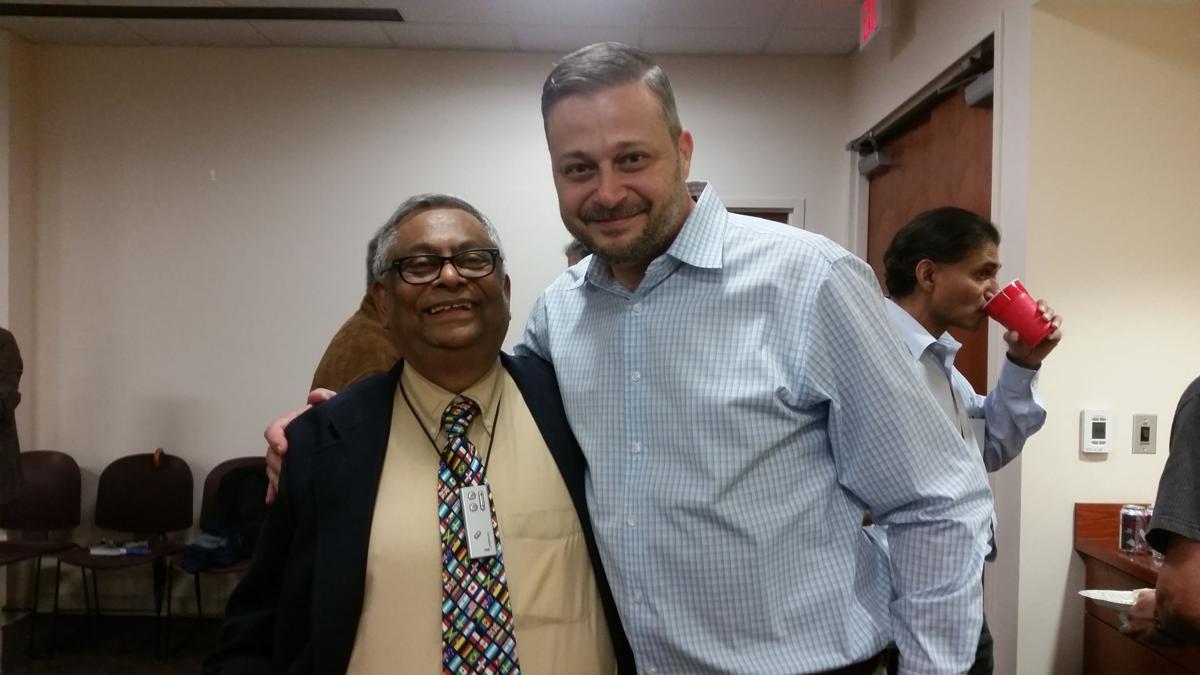 Dr. Ratan Guha (left) and his mentee Sharif Hassan pose for a photo. 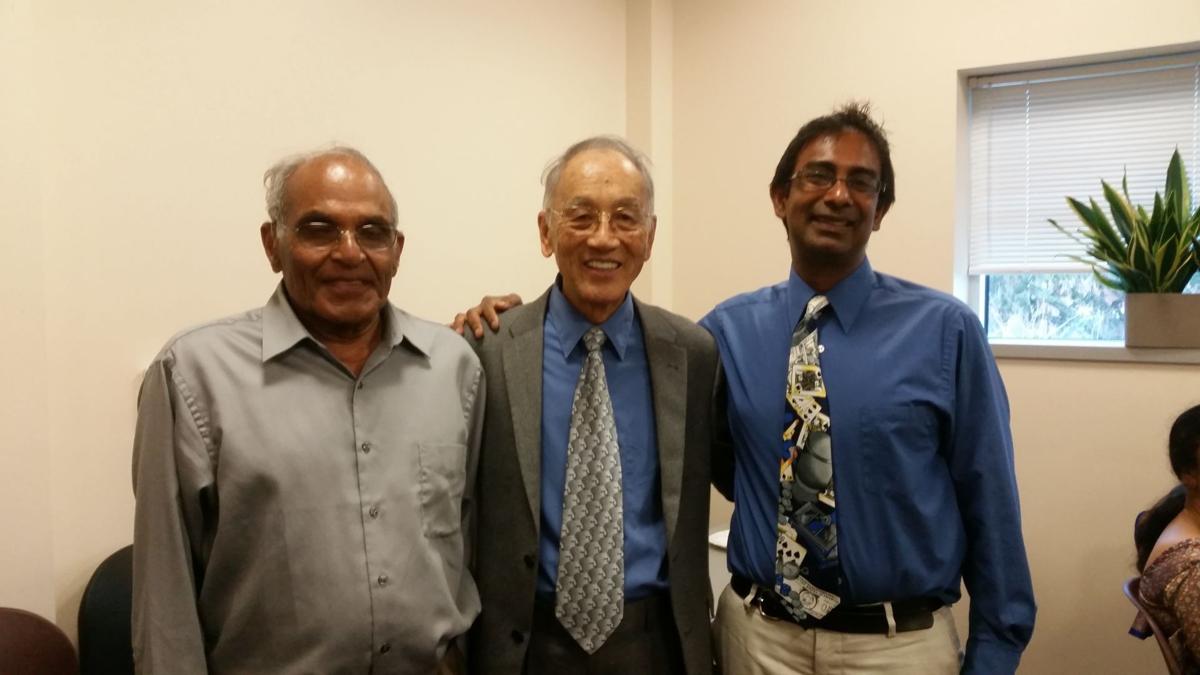 Dr. Ratan Guha (left) and his mentee Sharif Hassan pose for a photo.

An atmosphere of celebration took over the conference room in the Health Center Tuesday night in a room full of "Happy Retirement!" balloons.

Ratan Guha, a computer science professor, stood tall with his cane in hand, smiling at each colleague that came up to talk to him, eyes lit up looking at the room full of people he knew for years.

Guha has accomplished much on and off campus. He is very active and well known in the Indian community outside of UCF, said Mainak Shatterjee, Guha's colleague for 14 years.

After 36-and-a-half years teaching and mentoring at UCF, Guha celebrated his retirement, but his students will remember his open-mindedness and creativity as a mentor, said Sharif Hassan, one of the two remaining doctorate students Guha is mentoring.

“He likes to take ideas and reshape them into academic problems to solve,” Hassan said. “He always said try to find the smallest problem you can solve first, and go on from there.”

In the classroom, Guha didn’t put too much pressure on the students—he gave them enough freedom to do what they needed but also made sure they delivered the final product, said Shatterjee.

Shatterjee remembers Guha teaching and reminding him the importance of quality research, over the amount of journals published—one of many things Shatterjee looks up to in Guha.

“Despite his health issues in the past few years, he would still teach classes and help in the community,” Shatterjee said. “It was heartening to see because the students like coming to him.”

However, not only will he be remembered for his character, he is also remembered on campus for his ability to be social and open with others.

Shatterjee also said that Guha is very friendly and welcoming outside the classroom. Shatterjee and Guha both hail from the same city in India, a bonding point for both, and each time Shatterjee has dropped by his house he has always been fed and has confidence in saying that Guha is a very good cook.

Every one of his colleagues spoke about his compassion, how much they learned from him and how much he’d done for the school and each of them.

“Advisers are only advisers if they learn from their students,” Yeh said.

Guha has touched the university through receiving grants for the Computer Science program, watching it expand from what was a very small program to something much bigger. Guha has touched the lives of his colleagues and students through caring, understanding and going out of his way to make others feel that they are valued.

“There are only a few people you meet in your life that impact you in a certain way and he’s done that and changed my life,” Hassan said.