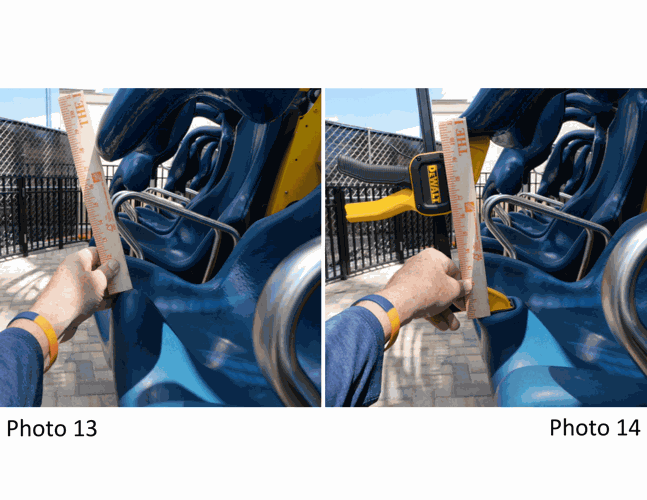 At the time of the accident, seat one's restraint opening was 7.19 inches, with the average being 3.33 inches. Prior to the death of 14-year-old Tyre Sampson, the seat's sensor was manually loosened, adjusted and tightened. 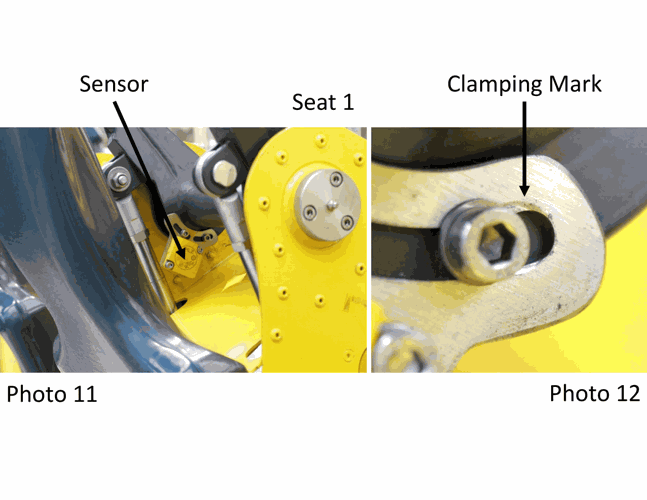 The sensor is attached to the harness with an adjustable plate. The inspection revealed that the sensors for both seat one and two had been repositioned after it was initially secured in place. Marks left on the sensor from when it was previously secured show that the initial proximity sensor would have been about 3 inches.

A ride operator in Orlando's Icon Park made manual adjustments to the sensor, resulting to the ride being unsafe and the death of a 14-year-old boy, according to an investigation report.

Nikki Fried, Florida’s Department of Agriculture and Consumer Services commissioner, released the findings from the Quest Engineering and Failure Analysis probe at a press conference on Monday. The manual adjustment made to the ride allowed the harness restraint opening to be larger than the other seats on the ride.

Tyre Sampson, 14, fell out of his seat at Icon Park on the 430-foot FreeFall drop tower on March 24. Tyre was on a trip from Missouri with his football team for spring break. FDACS, which is responsible for inspecting amusement park rides, has been looking into what mechanically happened that led to Tyre’s death.

“This report confirms our departments findings that the operator of the Orlando drop tower made manual adjustments to the ride, resulting in it being unsafe,” Fried said.

When asked exactly who made the adjustments because the term "operator" is broad in this situation, Fried said she could not answer the question because of the ongoing investigation.

According to the report, Tyre was not properly secured, and the adjustments made after the initial inspection in December 2021 caused the safety mechanism of the ride to perform improperly.

The FreeFall ride manual states that the maximum weight is 130 kilograms. When converted, that is about 286 pounds. Tyre was over 300 pounds and should have not been able to ride, according to the manual.

Each seat on the ride has a safety light that illuminates when the harness is lowered to a pre-set location. However, because the sensors were loosened, it caused the safety light to be turned on even though it was not safe for a rider, according to the report.

“These mis-adjustments allowed the safety lights to illuminate improperly, satisfying the ride's electronic safety mechanisms that allowed the ride to operate even though Mr. Sampson was not properly secured in the seat,” Fried said.

Thompson said she was in distraught for the family's loss and appalled at the negligence that caused incident.

“I was very disturbed that those kinds of adjustments would be made after inspection and after the permit is issued,” Thompson said.

Thompson said she wants to change the rules when it comes to ride inspections to prevent another tragedy like this from happening.

“What I want to do is strengthen the requirements that if there is any adjustments, that that would trigger another inspection,” Thompson said.

Director of Consumer Services Rick Kimsey told News 6 that the law states that any adjustments made should be reported to FDACS.

Fried said that other factors could have contributed to Tyre's fall and that the department will continue to investigate what took place.

“As noted in the report, there are many other potential contributing factors that may have played a role in the incident, and that is what our department is continuing to investigate,” Fried said. "We will be back as soon as we get more information. We’re gonna make sure that we are transparent, we’re accountable, and that we are taking this obviously very seriously."