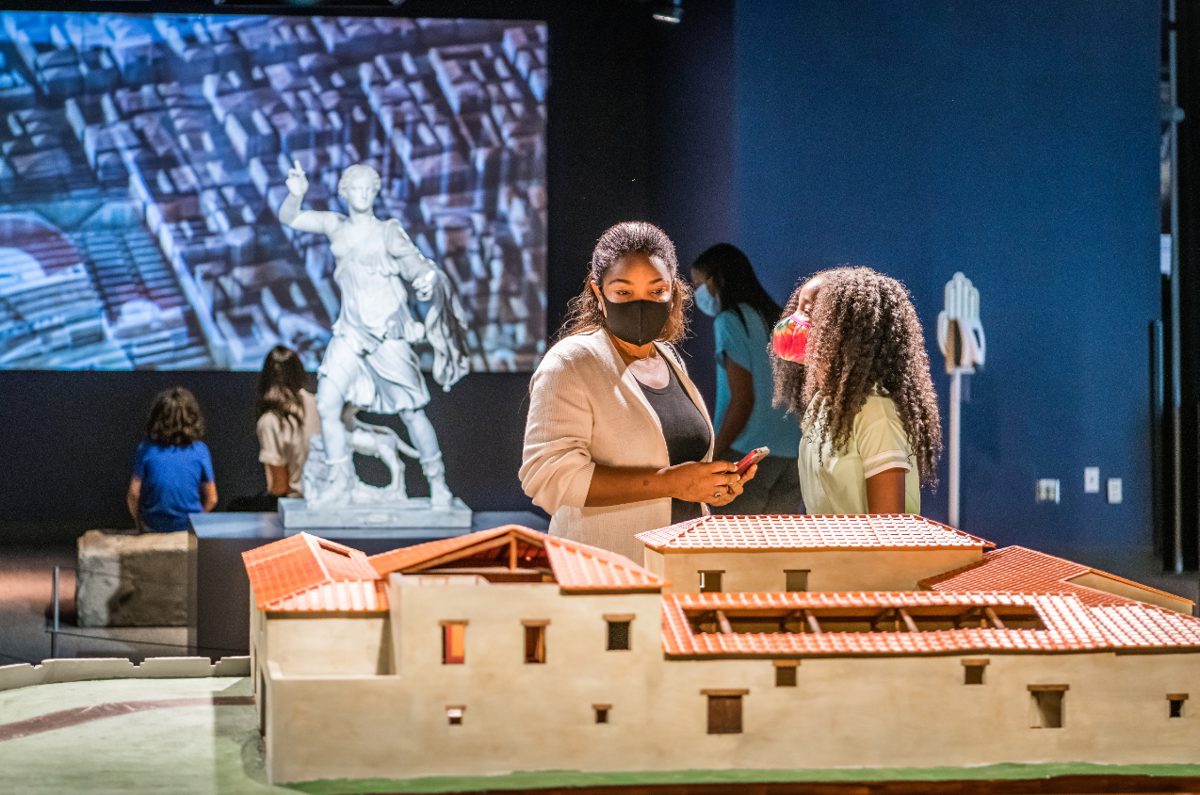 Visitors walk around Pompeii: The Immortal City exhibition on the Orlando Science Center. UCF hosted the "Life and Death in Pompeii" in order to create buzz around the exhibition. 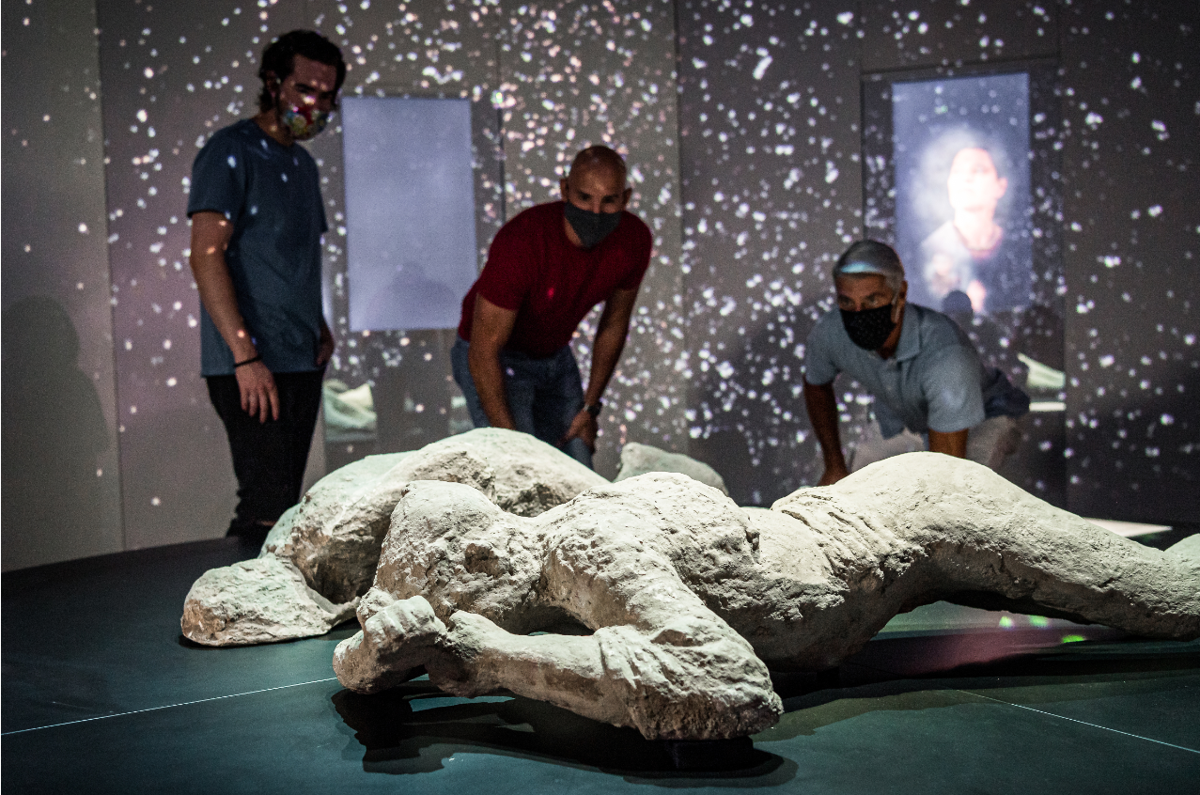 "Pompeii: The Immortal City" offers an immersive experience complemented by archeological items from Pompeii, including two body plaster casts of victims. The exhibition opened in Oct. 26 and will be on display until Jan. 24, 2021

Over 100 participants were able to learn about Pompeii at the "Life and Death in Pompeii" virtual symposium on Friday.

As a way to create buzz around the Pompeii: The Immortal City, a 10,000 square foot exhibition currently displayed at the Orlando Science Center, the UCF School of Visual Arts and Design hosted a symposium about different aspects of life in Pompeii before and after the Vesuvius eruption in 79 A.D.

The symposium was proposed by associate professors of art history Ilenia Colón Mendoza, Ph.D. and Margaret Zaho, Ph.D. after seeing an open call made by the Orlando Science Center looking for community projects to generate hype around the exhibit.

“We saw the call for collaboration with the Orlando Science Center and thought it would be a great opportunity to do a symposium related to this important exhibition,” Colón said in an email.

The "Life and Death in Pompeii" symposium was one of eight projects that received funding from the OSC in partnership with the Orange County Arts and Cultural Affairs Office. According to the OSC, UCF CREATE also received funding for an art program where students from Lake Eola Charter School will learn and create fresco paintings.

Jeff Stanford, OSC’s vice president of marketing, explained it was possible for the OSC to host the exhibit and invest on community projects because of the Orange County Arts and Cultural Affairs Office’s blockbuster funding.

Stanford said the OSC wanted to unite and highlight the Orange County community.

“We thought the best way to do that was to invest in projects that could turn this from just an exhibit into a community experience,” Stanford said.

For the symposium, Colón and Zaho invited local experts Robert Vander Poppen, Ph.D. from Rollins College and Edward Dandrow, Ph.D. from UCF, who selected their own subjects for the discussion.

Poppen opened with his presentation “Greek and Roman Myths in the Houses of Pompeii and the Bay of Naples,” followed by Dandrow’s “Public Entertainment in Pompeii” and concluded with Zaho’s “Pompeii: Cultural Heritage and Preservation” presentation. Colón moderated the symposium.

After the presentations, attendants were able to ask questions.

Stanford said the symposium complemented the exhibition, which had to be postponed from its original opening date on June 6 due to the pandemic.

Created by the Galileo Museum of Florence and the National Archaeological Museum of Naples, the exhibition includes an immersive experience and over 100 archeological items from Pompeii. Orlando is one of three cities in America to host the exhibition.

Colón said the exhibition brings Pompeii to life with the different topics it discusses and authentic artifacts it features, including two body plaster casts of victims which she described as breathtaking and beautifully tragic.

“The museum brings Italy to you," Colón said. "And should not be missed."