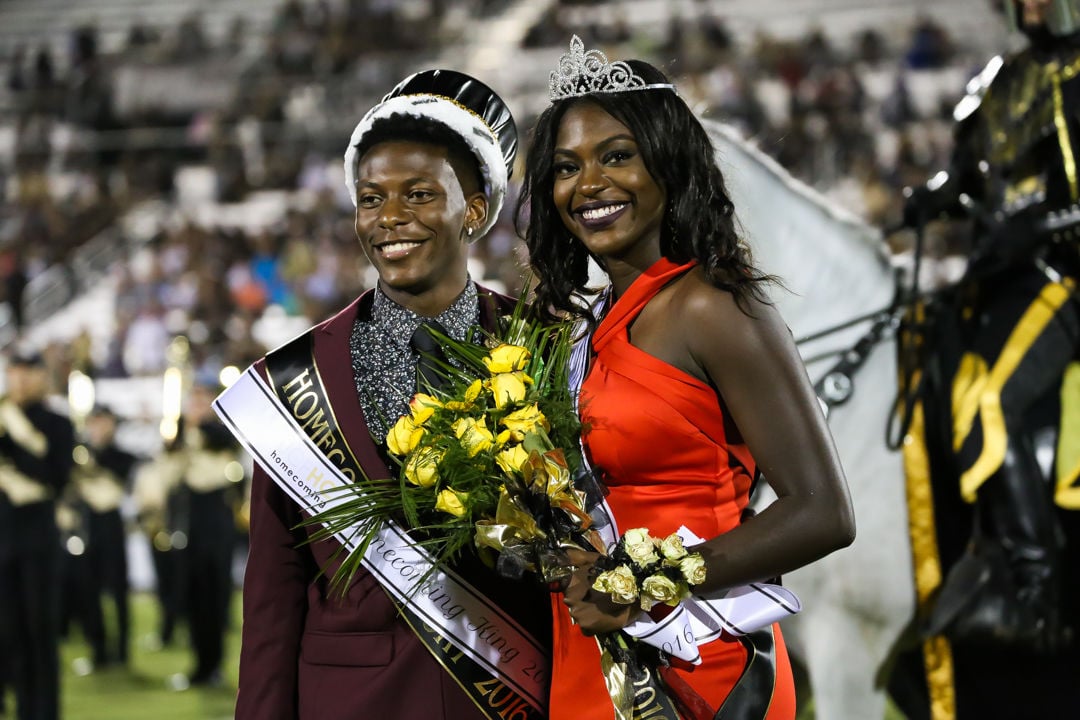 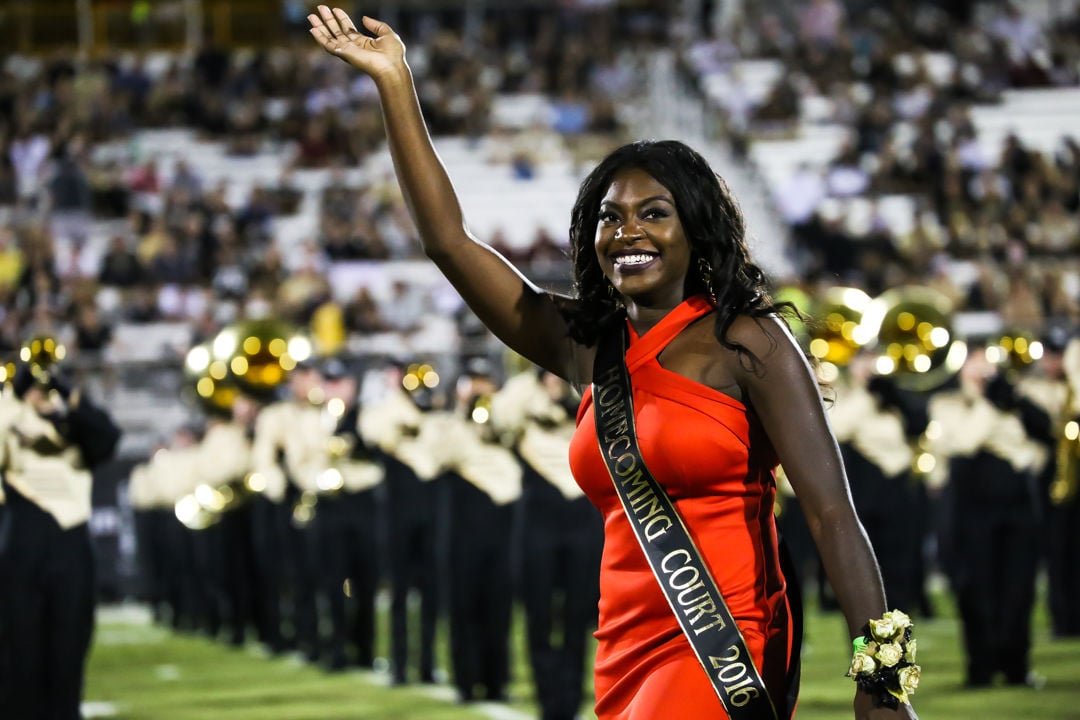 Sabrina Jérôme waves to the crowd before receiving her crown as the new UCF Homecoming queen on Saturday during the Homecoming football game at Bright House Networks Stadium. 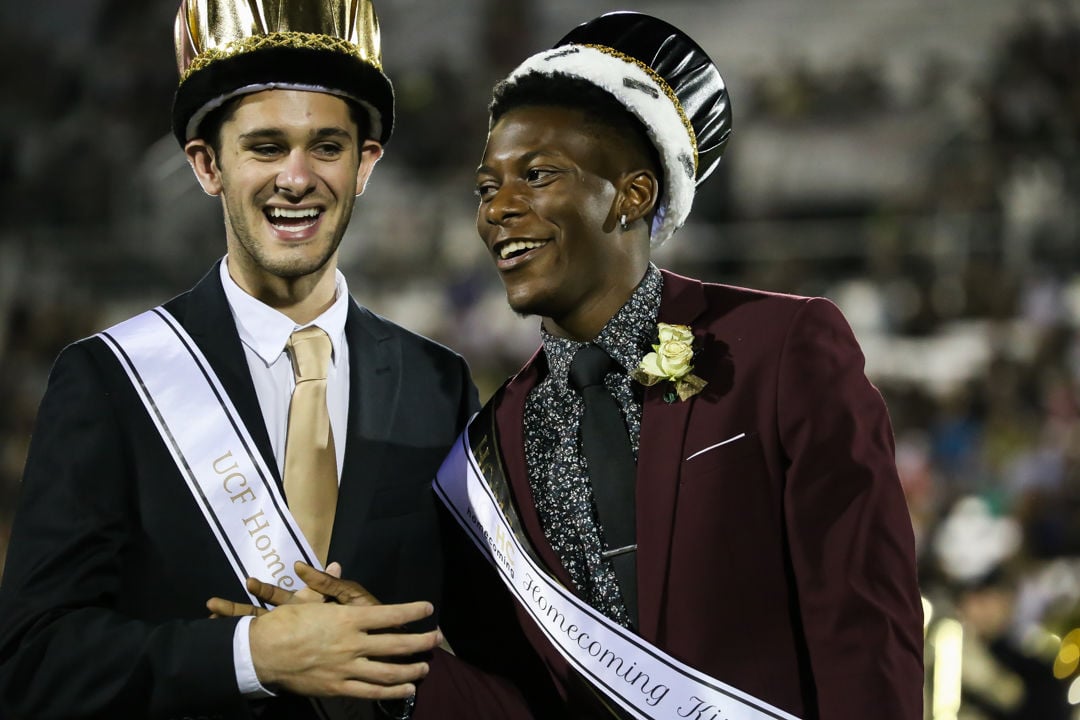 Sabrina Jérôme waves to the crowd before receiving her crown as the new UCF Homecoming queen on Saturday during the Homecoming football game at Bright House Networks Stadium.

After a week of voting and anticipation, students Kevin Louidor and Sabrina Jérôme took their first steps on the stadium field as UCF Homecoming king and queen during halftime at the university's football game against Temple on Saturday.

From Oct. 10 to Oct. 13, students could cast their vote for homecoming king and queen via the online MyUCF student portal.

All week, the 10-member Homecoming Court appeared at each homecoming event, trying to win the hearts of UCF and have fun while doing it.

They sat in front-row table spots at Comedy Knight. They wore pajama pants and royalty sash combos at Movie Knight. They cheered participants at the first-ever Knights Got Talent. They tossed sacred rubber ducks into a crowd of duck-hungry students.

"My favorite part of Homecoming Court was meeting everyone at UCF, and more than I never knew before. Having those conversations with students was impacting, and something I'll never forget," said Jérôme, who is a senior double majoring in religion and cultural studies and political science.

Jerome, who is also a member of the Creole culture organization Club Kreyòl, hopes to attend law school and serve as a social justice advocate for immigrant populations, according to the UCF Homecoming website.

As the announcer said the winners' names over the booming loudspeaker, the Jerome and Louidor found themselves in disbelief.

"This is unbelievable and amazing, I'm still in shock," said Louidor, who broke out into a dance the moment he won.

Louidor, a junior health administration major and an aspiring CEO, said his favorite aspect of UCF is its football team, which placed the stadium as the ideal place to be crowned in his eyes.

For Jérôme, her thoughts on winning were clear.

"I did this for my club and culture, and I got this calm feeling while my name was announced that tells me I did this for all the right reasons," Jérôme said. “And when you do things with good intentions, you are already a winner, regardless of the outcome.”

As for the 2016 homecoming king and queen, they both said that they each now have a special moment in their lives to keep long after graduation and a duty to UCF students.

"Now that I've won, I will continue to inspire and lead other students," Louidor said.