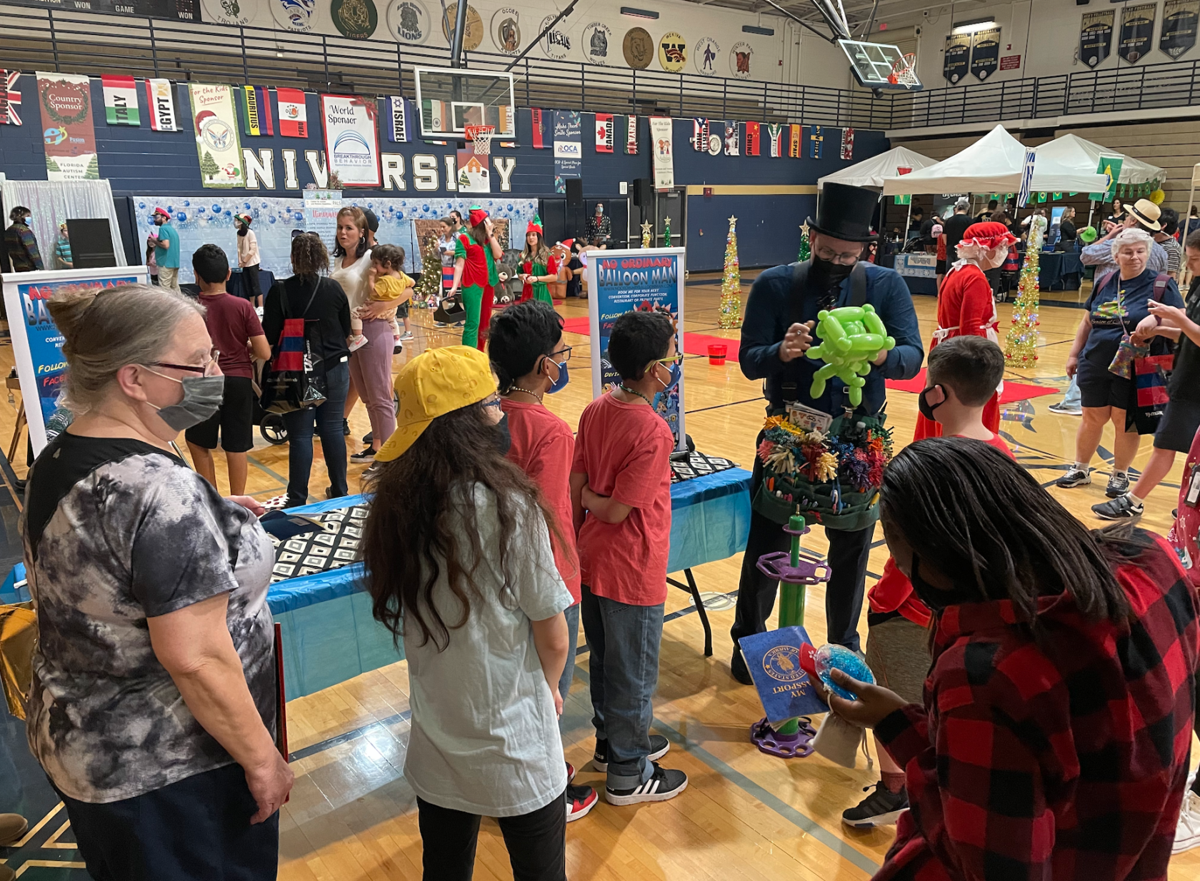 Families and individuals gather around Bruce Carr, aka the No Ordinary Balloon Man, at the Festival of Holidays Around the World on Saturday. Carr created various balloon art pieces for attendees at the festival. 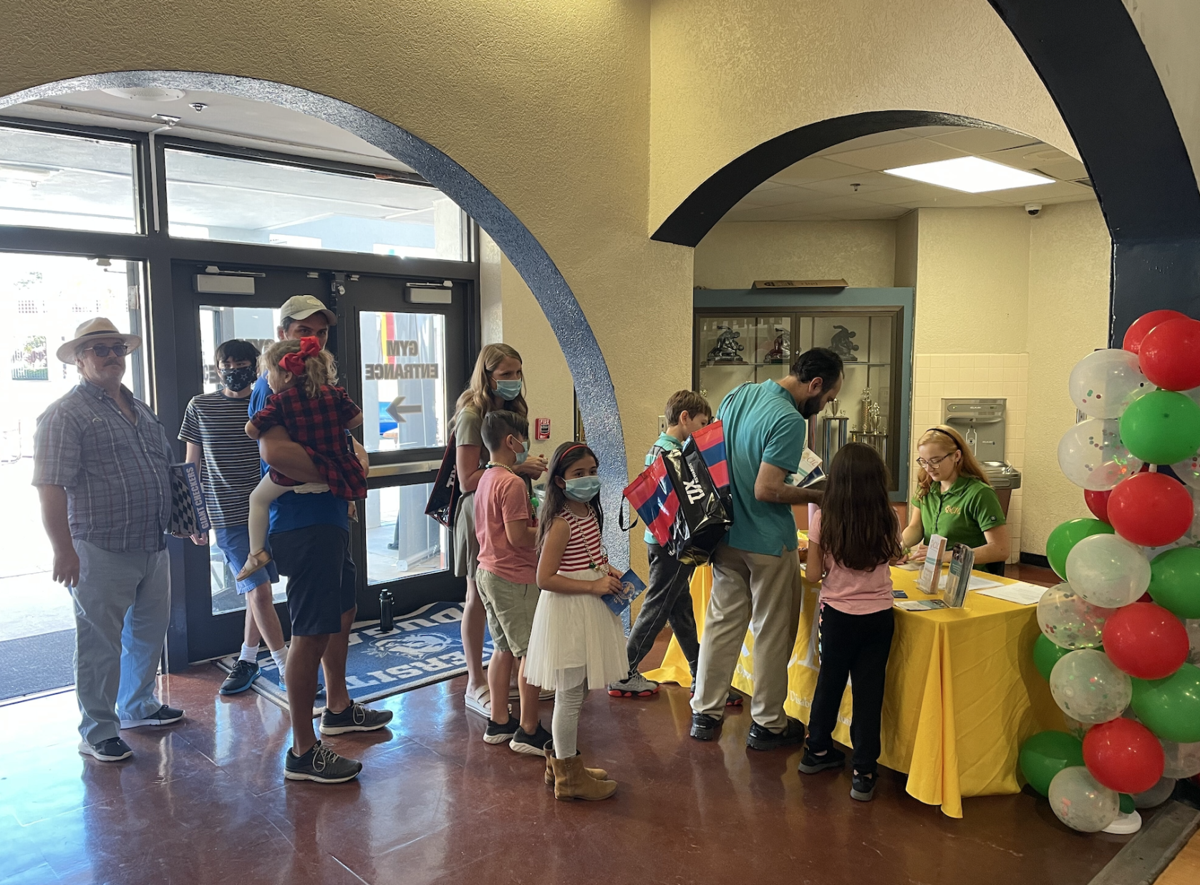 Festival attendees are greeted by the Center for Independent Living booth Saturday. The attendees received information about the disability advocacy organization's resources and support to the ASD community.

To kick off the holiday season, the UCF Center for Autism and Related Disabilities held its fifth-annual Festival of Holidays Around the World at University High School on Saturday.

With help from its supporting nonprofit organization, Providing Autism Links & Support, CARD hosted the event for individuals with autism spectrum disorder and their families, taking them on a journey around the world to learn about different countries and how they uniquely celebrate their holidays.

CARD has been a state-funded program with UCF since the early '90s and provides services and resources to individuals with ASD, said Judith Samuels, PALS program community liaison director and CARD conference organizer. Samuels said CARD began with 200 ASD individuals, but it has surpassed over 18,000, serving Orange, Osceola, Lake, Sumter, Brevard, Volusia and Seminole counties.

Samuels said last year's festival was cancelled due to the COVID-19 pandemic.

Walking into the event, participants were given a passport and welcomed inside the “airport” with crafts, games and holiday characters. The first hour-and-a-half of the festival was sensory-friendly, creating an environment with accommodations made for autistic individuals, such as music played at a lower volume by the event's DJ.

In collaboration with PALS, the Festival of Holidays included more than 25 organizations that provide support to individuals with ASD and their families. Each organization represented a country for the participants to visit, learn about regional holiday customs and get their passport stamped to win prizes.

Jennifer Gilman, a representative from LifeWave, said she attended the festival to bring awareness to the organization and how it can help individuals with ASD. LifeWave offers a range of wellness products, with the aim of delivering health benefits such as increased energy and stamina, sharpness of mind, stress reduction and better-looking skin, according to its official website. Some of these products include nontransdermal skin patches that utilize body heat to send light frequency and activate certain pathways in the body, also known as phototherapy, which has been shown to help some individuals with autism, Gilman said.

“Nothing beats being in person by hearing the stories from families with ASD individuals and providing resources to them,” Gilman said.

Samuels said having events like this helps individuals with ASD build social and communication skills and engaging in fun ways.

Mallie Philipps, a UCF graduate studying speech language pathology, works at CARD as a student assistant. Philipps said she became interested in speech pathology because of her parents' careers in the field. While at UCF, she said her professor, CARD Director Teresa Daly, hired her to work at the center, and the two now work alongside each other in providing visual support for ASD individuals.

“UCF CARD really puts an emphasis on student involvement in getting that education while supporting the ASD community,” Philipps said.

The festival also provided a platform for ASD individuals to share their experiences and connect. Bruce Carr, a balloon artist with Asperger's syndrome, was invited back to this year's event to showcase his artistry through balloon art. Carr has built a career in balloon art over the past 15 years and recently had a baby with his wife in September.

Carr said events like the festival are vital in demonstrating that individuals with ASD can have jobs and real-world opportunities. For ASD families and individuals, Carr said seeing the support available to them can help them get to where they want to be in life.

“It is possible to have a career when you are on the spectrum if you truly put your mind into it,” Carr said.