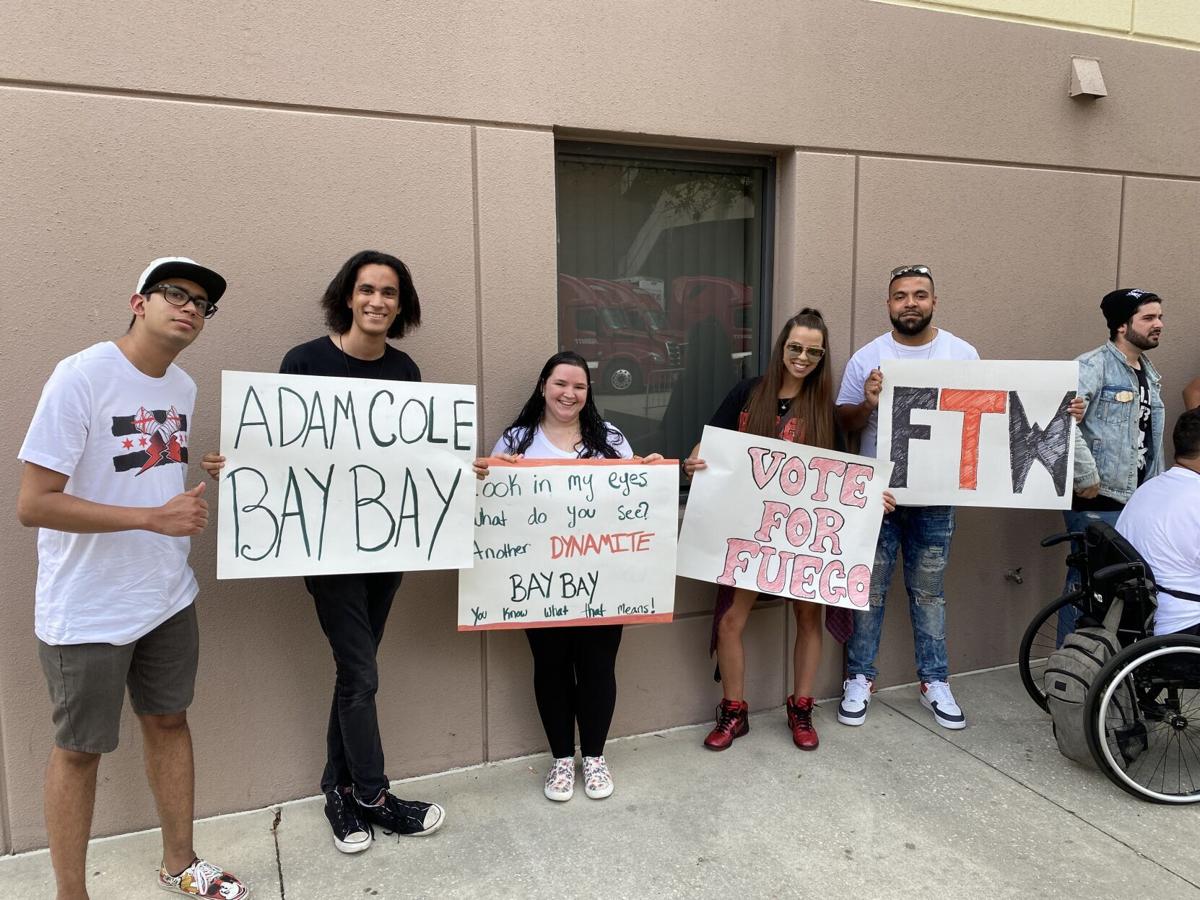 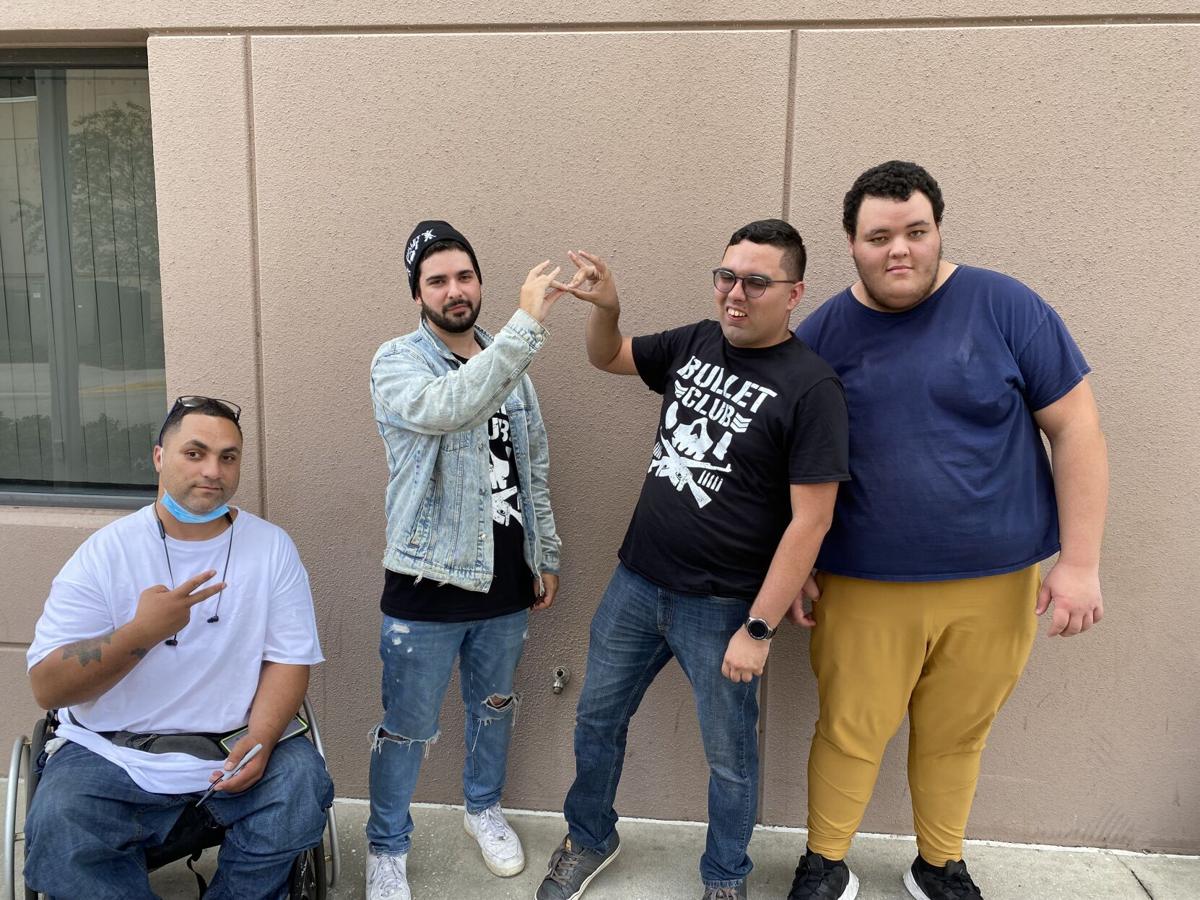 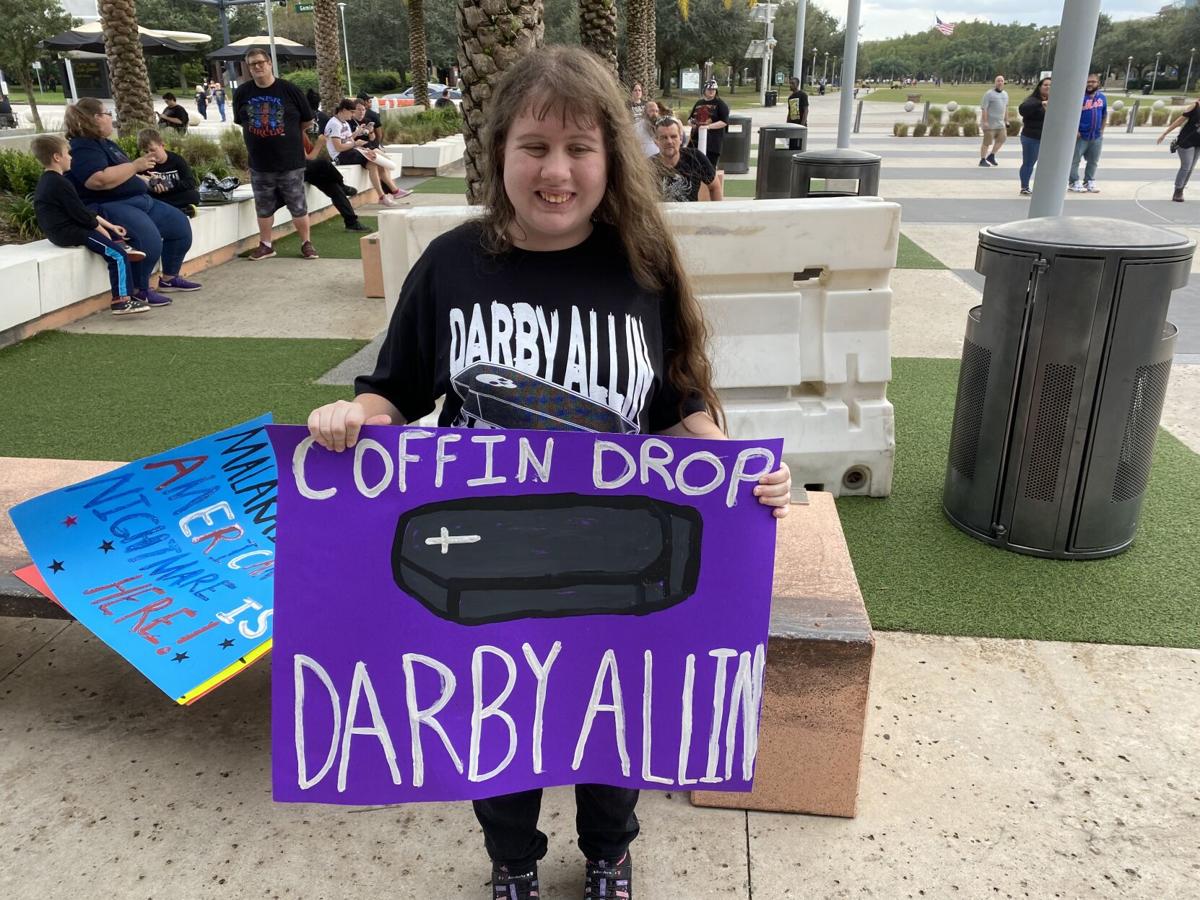 Aly Strength shows her sign declaring support for AEW's Darby Allin at Saturday's "Dynamite" taping. Allin has managed a 2021 overall score of 27-3, according to the AEW website. 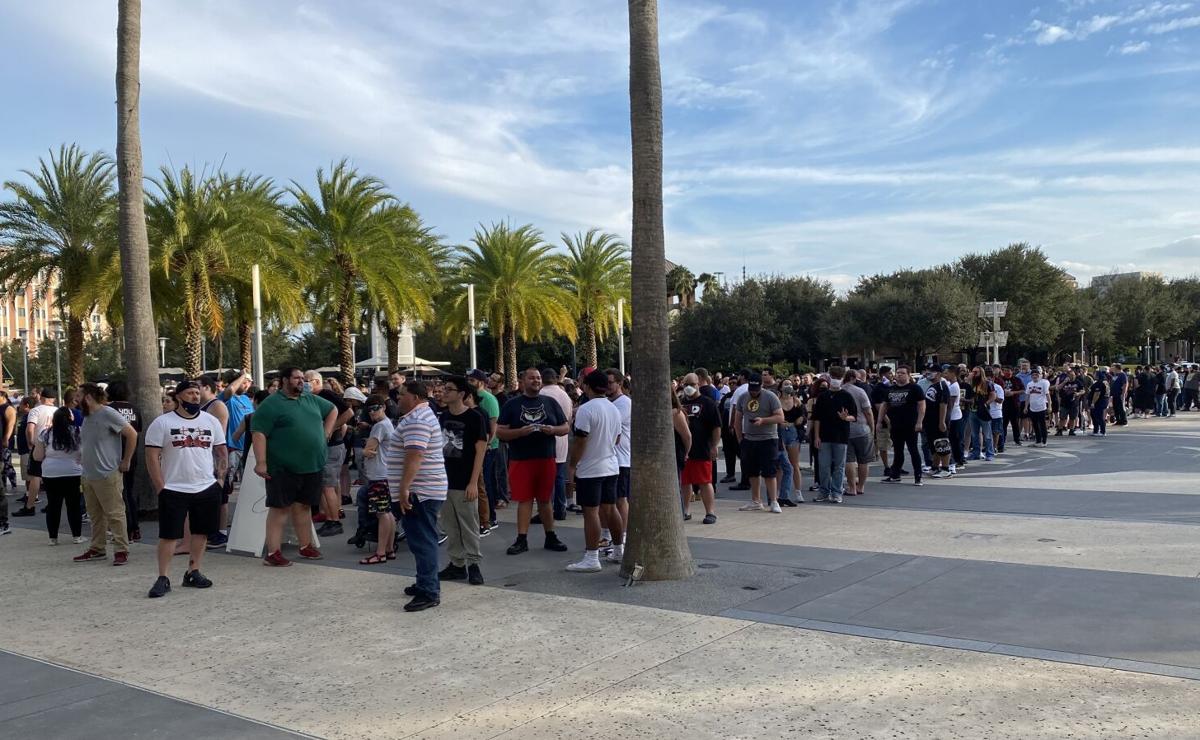 Fans arrived by the thousands for All Elite Wrestling's Orlando debut at the Addition Financial Arena Saturday. The event was a live taping of AEW's flagship TV show "AEW Dynamite."

Aly Strength shows her sign declaring support for AEW's Darby Allin at Saturday's "Dynamite" taping. Allin has managed a 2021 overall score of 27-3, according to the AEW website.

Fans arrived by the thousands for All Elite Wrestling's Orlando debut at the Addition Financial Arena Saturday. The event was a live taping of AEW's flagship TV show "AEW Dynamite."

With the crowd gathering at the Addition Financial Arena Saturday, bystanders would be forgiven to think a football game was scheduled that night.

The excitement was clear, judging by the eager atmosphere, fans armed with signs and the occasional cosplay. But it wasn't football.

Instead, these were all the makings of All Elite Wrestling's fandom, as fans flocked to the arena for a nearly sold-out live taping of AEW's flagship television program, "Dynamite," according to WrestleTix.

UCF alumnus Kiran Martin attended the show and felt honored UCF was chosen to host the show's Orlando debut, having seen AEW's quick rise to power since the promotion's origins in 2019.

The "Dynamite" taping marked a major return to live pro wrestling in Central Florida. Although many fan favorites from the AEW roster, such as Jon Moxley and Orange Cassidy, were away Saturday as part of a cruise held by AEW stalwart Chris Jericho, fans like Jessica Levine were ready to make it a fun night anyway.

"It didn’t affect our decision to come," Levine said. "It's something that I know that the talent here is still worth it, beyond worth coming for people not to be there. People get injured, people get hurt, so you don’t get to see them, but the amount of talent they have is insurmountable to missing a few people."

Other fans like Devin Gorley felt that crowds are half the show when it comes to professional wrestling.

"We’re there to hype up the talent, making sure they’re doing their best out there," Gorley said. "Regardless of the pandemic and the crowds not being there, I feel like we’ve gotten some pretty solid stuff from AEW regardless. I feel like they’ve been on top."

Jon Alba, host of the wrestling podcast network, AdFreeShows.com, showed appreciation to AEW for "running venues that fit into their realm."

"I think AEW puts a lot of effort into its booking and making sure that there’s marquee matches wherever they go, so to have a big match like (Rhodes vs. Black), it’s a big blowoff," Alba said. "I think that’s great, and it’s a real treat for Orlando wrestling fans."

By the time the final bell had rung to end the main event, none was more pleased to be in Orlando than Rhodes, a second-generation wrestler and son of the legendary Dusty Rhodes. Rhodes spoke to the live crowd after the show went off the air and said Orlando was the final resting place of his father, who died in 2015.

"I don't want to put it on a sour note: The fact is, that memory is always here," Rhodes said. "So, for this place to matter to me, I have to develop new memories — and tonight is a very special memory."