Skip to main content
You are the owner of this article.
Edit Article Add New Article
You have permission to edit this article.
Edit
Home
News
COVID-19
Sports
Life
Knightlight Investigates
Multimedia
Knightly News
Knightly Latino
Centric
About
1 of 5 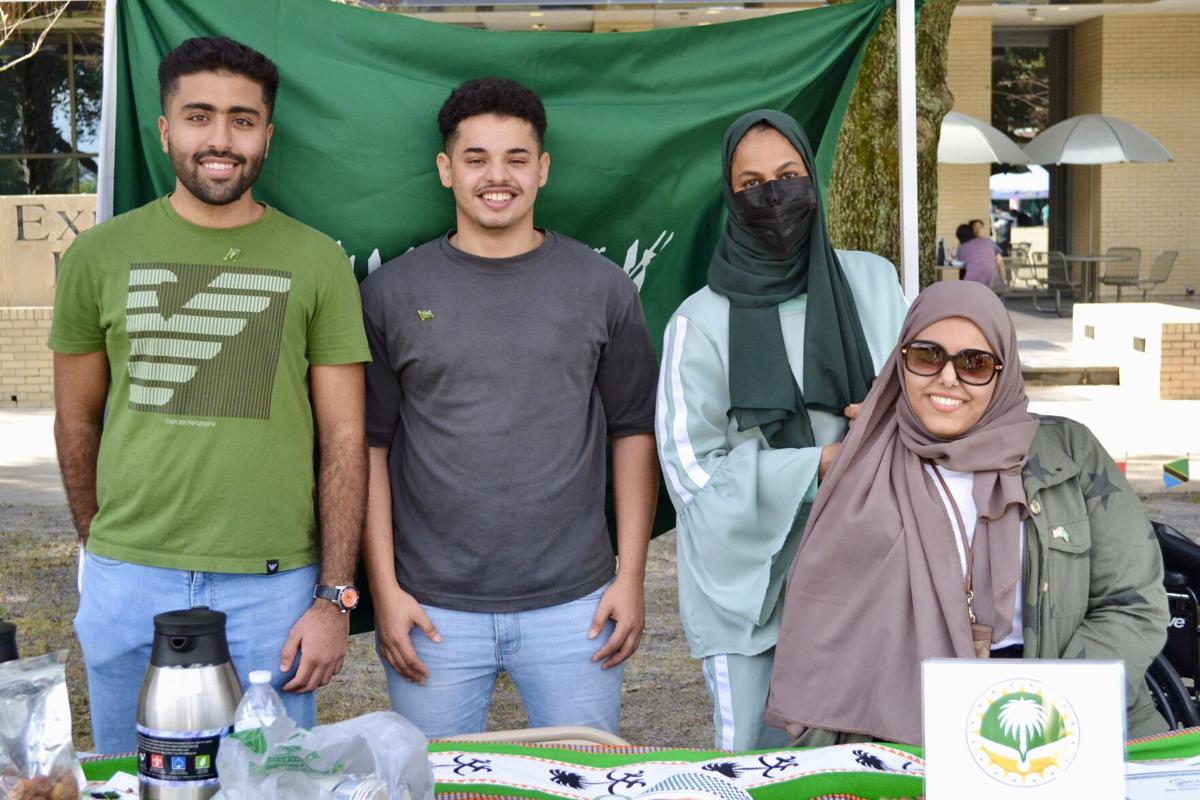 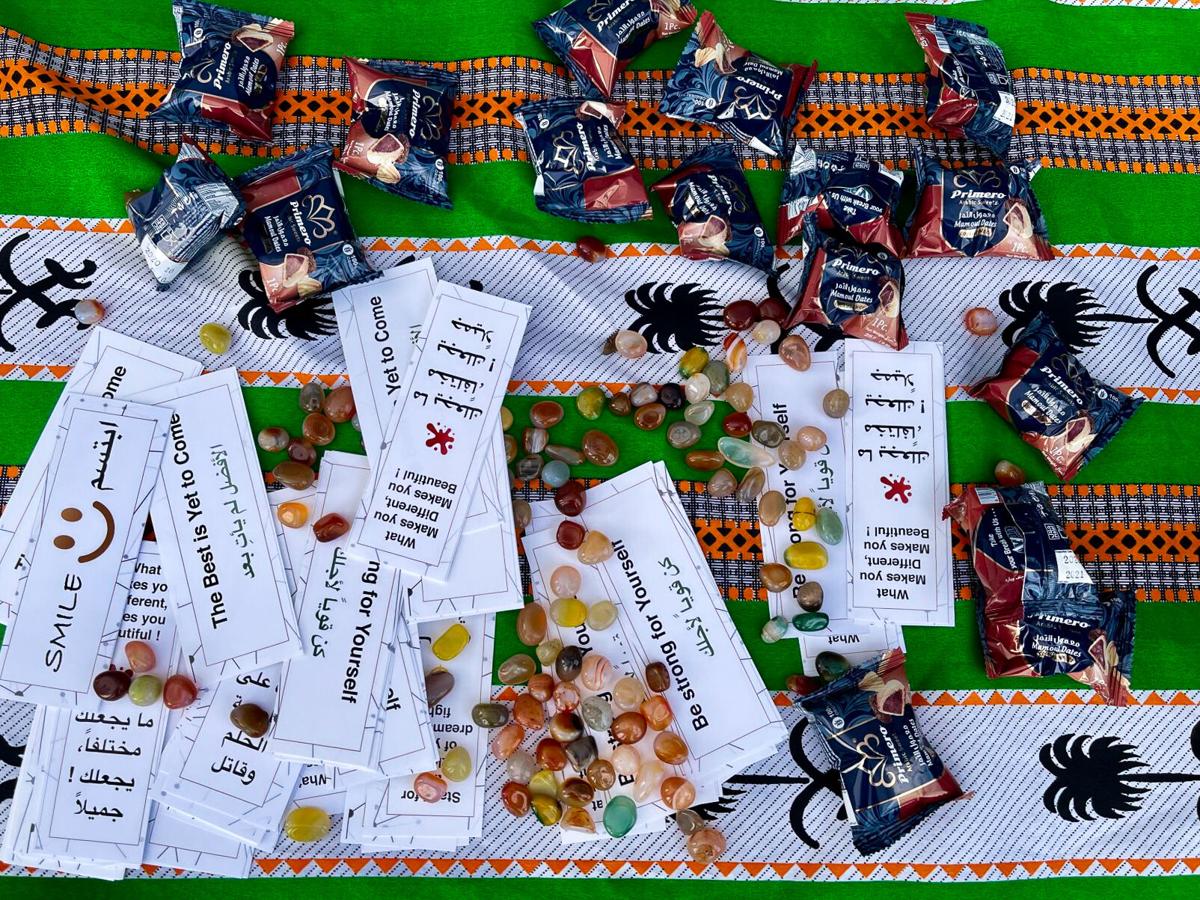 The Saudi Arabian table contains a variety of snacks and positive messages. Attendees were able to pick up these items during the picnic celebration Friday when they visited the table. 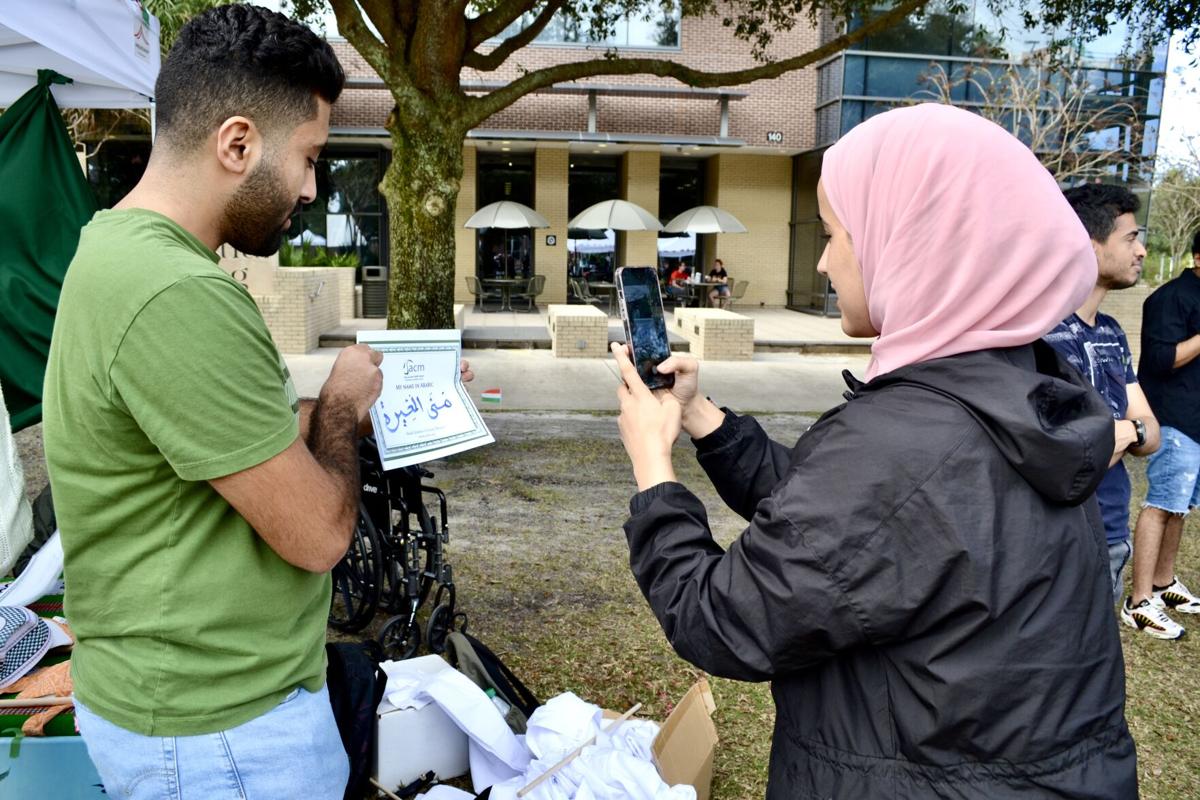 UCF student, help another one to take pictures showing her name in the Arabic alphabet. 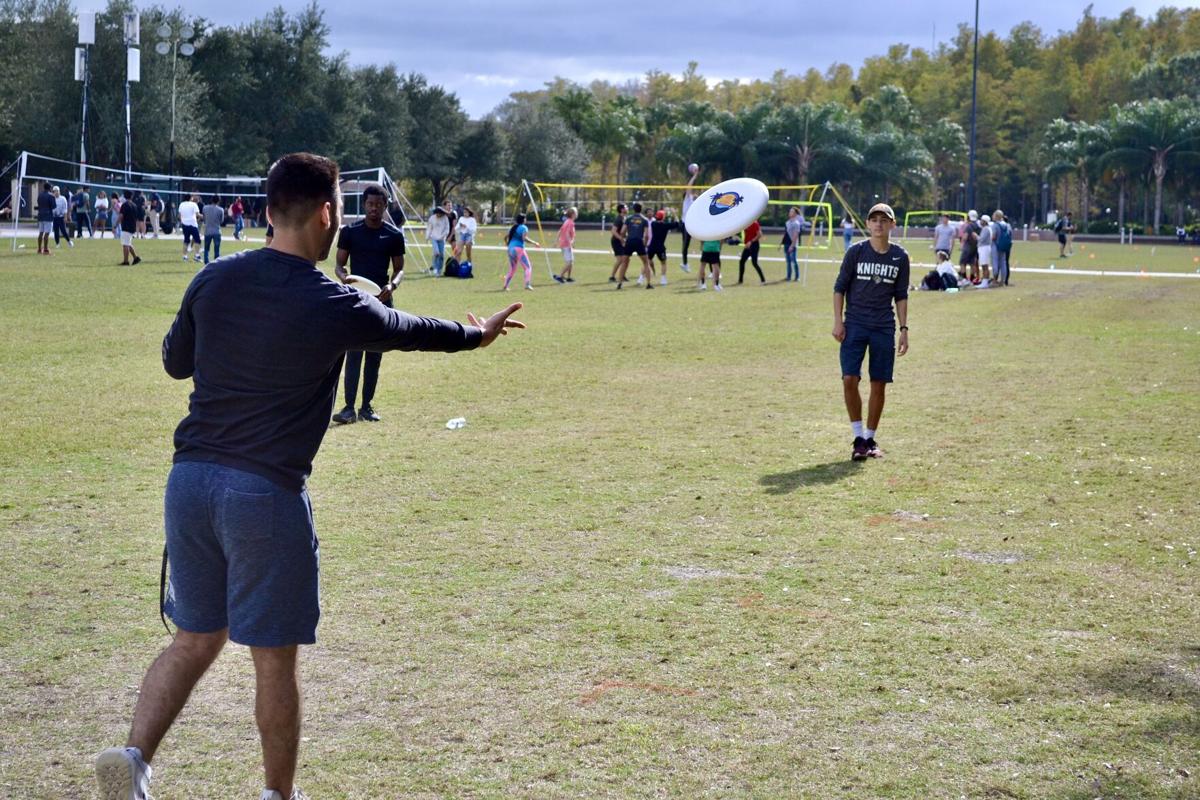 Students play with a flying disc at Memory Mall, across from the UCF Global building, during the picnic celebration Friday. 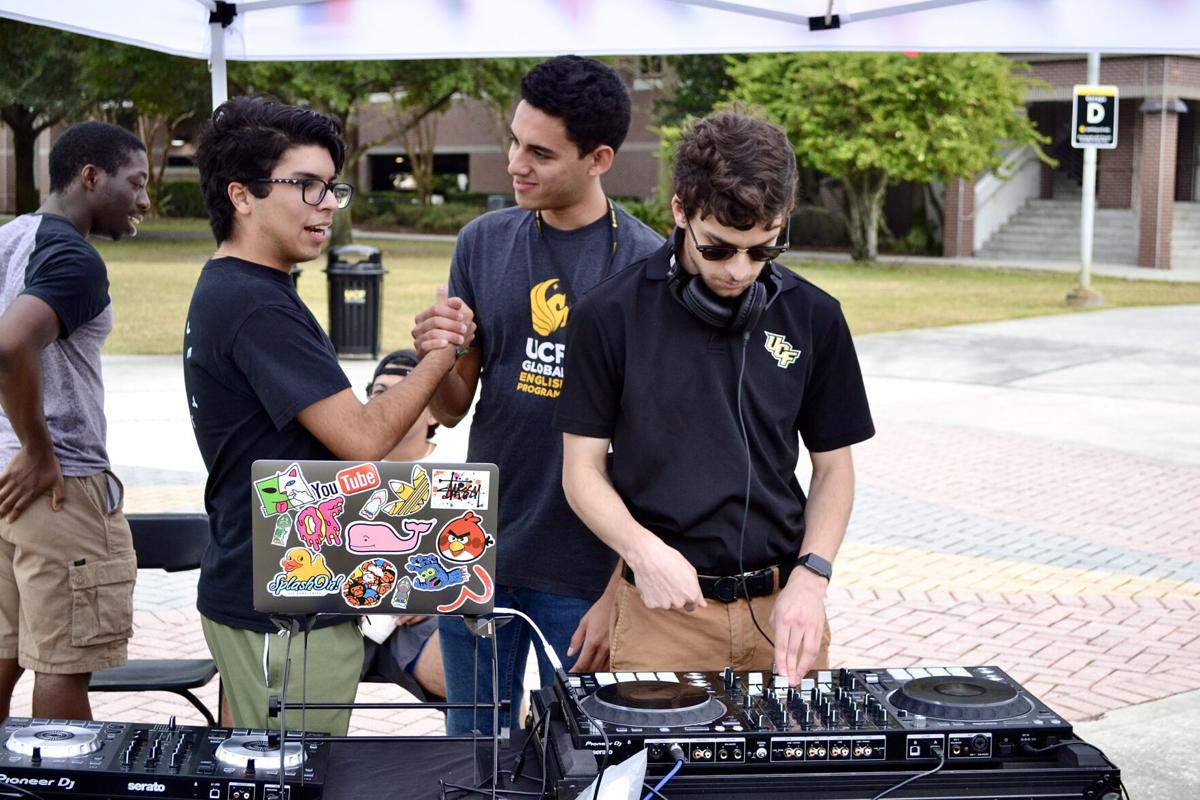 Students greet each other while a DJ plays global pop hits to celebrate the gathering of international students Friday.

The Saudi Arabian table contains a variety of snacks and positive messages. Attendees were able to pick up these items during the picnic celebration Friday when they visited the table.

UCF student, help another one to take pictures showing her name in the Arabic alphabet.

Students play with a flying disc at Memory Mall, across from the UCF Global building, during the picnic celebration Friday.

Students greet each other while a DJ plays global pop hits to celebrate the gathering of international students Friday.

Mohammed Usman Siddiqi said leaving his home country of Pakistan to pursue an education at UCF was the best decision he could have made.

"If I try to describe it in one single word, it would be 'life-changing'", Siddiqi said.

Siddiqi, an information technology junior, said he felt the need to fit into the “American culture” like many other international students. In the beginning, he said he felt very isolated at times, and although the culture shock made Siddiqi’s transition difficult, he said UCF Global helped him.

“I'm very grateful to UCF Global for introducing me to the American culture," Siddiqi said. "It makes me happy to see all the different types of people from different backgrounds. It helps me see things from other people's perspectives and understand other concepts on life."

UCF Global serves as a support hub for the more than 3,000 international students at the university, according to Fall 2020 enrollment data. To help this community feel included in the passing Thanksgiving holiday this week, the program organized the first-ever Giving Thanks picnic at UCF. The event was held a couple of weeks before the holiday at UCF Memory Mall, on Nov. 12, where attendees got to enjoy music, games and food.

Jennifer Haddad is the newest program director for UCF Global Engagement. She, alongside coordinator Emilie Bottorff, led the event to close off International Education Week on campus. Haddad said these types of events not only aim to help international students but also engage all students, including non-international ones, in new experiences and perspectives.

"UCF Global feels honored to have the opportunity to host these things because this really is the heart and soul of why we're here. It's for our community," Haddad said.

He said he found a lot of great resources on campus which were key for him to successfully graduate next spring.

"It gets a little lonely when you're trying to succeed, but there's always people behind you to support you," Martinez Vasquez said.

Brazilian graduate student Mayara Martines said she never imagined wanting a career in Hospitality and Tourism Management, yet UCF Global introduced her to people who eventually guided her to the profession throughout her undergraduate years.

Now, she said, she works in Career Services at the UCF Downtown Orlando campus, and she hopes to give the same guidance to other students.

"I'm so thankful for still being here, and for having the opportunities we do have on campus with UCF Global," Martines said.

International Education Week celebrated the representation of more than 131 countries on campus. UCF is also among the top schools for students from outside the U.S., ranking 26th out of 1,204 in the Overall Best Value U.S. Colleges & Universities for International Students list.

Siddiqi said he is happy to feel welcome and hopes other future students can have the same experiences he's had at UCF.

“When we meet new people we often fail to perceive their perspective on things," Siddiqi said. "We have to be patient; we have to be humble; we have to respect each other — that’s what I learned here."