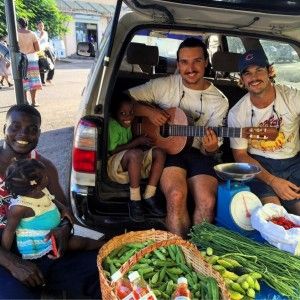 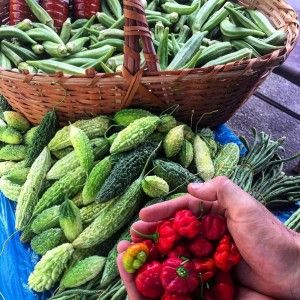 UCF alumnus Lucien Charland and his childhood friend Keane Mayer left the everyday comforts of running water and electricity to move to the Caribbean island of St. Kitts — with the hopes of growing their own food for locals.

In 2013, Charland and Mayer started Standard Hyrdo, a business venture that seeks to build hydroponic shade houses. These shade houses produce crops at a fraction of the cost of imports, require less space, reuse water and are easily exportable.

The idea of Standard Hyrdo came to Charland, who graduated spring 2015 with a degree in political science, when he studied abroad in St. Kitts through the UCF President's Scholars program in 2013.

When Charland returned from St. Kitts he called Mayer, an Indiana University spring 2013 alumnus with a degree in economics, and told him about his idea. Starting a business was always a plan they had, Charland said.

"I asked him what he thought, and we started doing research on everything from climate change, operating businesses in different countries and hydroponics," Charland said.

Standard Hydro is currently in its infancy, and the business partners have built their first 24-by-48 foot shade house that produces crops already being sold at local farmers markets.

"I saw that produce was really expensive for locals, making it hard for people to move forward," Charland said. "I wanted to encourage farmers and encourage people to invest here."

However, Charland and Mayer have bigger goals than just going to the markets to sell their produce for less than the grocery stores.

Their produce is grown naturally without the use of herbicides, pesticides and GMOS.

The duo's successes have come with many obstacles though, and more are to come.

Charland and Mayer are in the process of building their own house, fighting off exotic animals and adjusting to a different culture.

Every morning they take a bus from their local business partner's house to the farm to tend to their crops, and then they continue to work on their house.

"We've had to dig up our own power and water lines," Charland said. "That's not something we expected to do."

The pair's home area is infested with monkeys and wild boars. To fight the animals off, Charland and Mayer have to make themselves seem larger and make animated, boisterous noises to try and scare them away from eating their crops.

"Guns are illegal in St. Kitts, so we have to act very animalistic and try to scare them," Charland said.

St. Kitts may just be a weekend cruise away for some, but the culture is starkly different. Aside from guns being illegal, it is also unlawful to wear camouflage because it is the uniform of the island's army.

"It also isn't uncommon to grab a beer and drink it while driving home from work," Mayer said. "It's very bizarre."

Another obstacle they have encountered is trying to get construction equipment. New condominiums and hotels are being built on the island, and it takes two weeks to get a forklift on a good day, Mayer said.

While St. Kitts is a popular cruise destination for tourists, Charland and Mayer experience two extremes of what the island offers.

"We work on this farm and in local communities, and people live in really small dwellings with not many opportunities," Charland said. "To connect to Internet we go to the Marriott to use their free Wi-Fi."

St. Kitts is one-and-a-half times the size Washington D.C., with a population of about 51,000, which is less than UCF's total student enrollment.

More goals are brewing for these two friends, as they plan on building another shade house that's quadruple the size of their first one.

They have also spoken with universities and foreign ministers about long-term plans of expanding to other islands, but the world is watching to see how their business takes off.

While the two are guinea pigs for international expansion, Charland and Mayer are helping the local economy — one day at a time.

"If this has been nothing else, it's definitely been an experience," Mayer said.