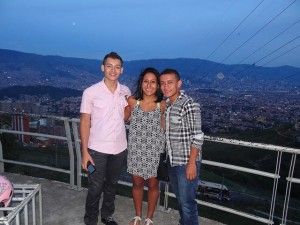 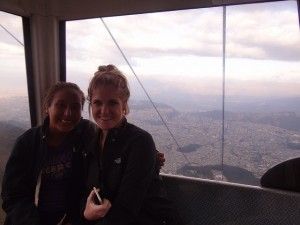 Some students find their passion during college, but 24-year-old Andrea Ortega realized her calling through her work with Children Beyond Our Borders.

The UCF graduate student studying nonprofit management earned her bachelor's in packaging science from the University of Florida in 2013, and she expanded her involvement with the nonprofit industry by restarting CBOB at UCF.

"I love CBOB, so I wanted to help and not let it shut down, but I had no idea what I was doing," she said. "I wanted to learn more about it and know what I was doing, and I found that UCF's nonprofit management program is one of the top 25 in the country, and it was available fully online."

CBOB involves trips where to various countries where it hosts workshops for young children, typically six to 12 years old, with focuses on self-esteem, bullying, hygiene or anything they may need at the stage of life they are in.

While the club started with trips to Colombia, the club quickly moved to other countries. The club now serves in Ecuador and Nicaragua and is looking to help other countries in the near future.

Ortega said people chosen to attend the trips have to be open-minded and willing to grow because things may change when they least expect it. The main thing CBOB looks for in its applicants is people who are compassionate, empathetic and love working with children.

"Regardless of the situations which come their way or drama which may ensue, they know that [at] the end of the day, the reason they are there is to impact these kids and make a difference in their lives," Ortega said.

CBOB offers children something different: a cultural exchange they wouldn't get otherwise. Ortega said children realize when they are receiving help, even when they can't communicate with club members.

"They have so much spirit and happiness and love," Ortega said. "Sometimes, we are doing a workshop and a kid starts crying. It can be a workshop on washing your hands, and a little kid starts crying and he says, 'I used to wash my hands with mom.'"

If it weren't for these trips, Ortega said she would not be the person she is today. Working with different personalities has taught her how to adapt to any situation, and working with children has helped her realize how much she wants to continue helping children across the world.

CBOB has worked with five young adults in Columbia since they were children. The organization sponsored them to go to college and hopes to offer more scholarships and continue a cycle where children are able to go to school, get a degree and give others the same opportunity they were given.

Yosimar Palacios Becerra, one of the five young adults, said he would not have been able to make it to the U.S. without help from CBOB. Palacios Becerra learned the importance of education and became one of the top students in his hometown of Cartagena, Colombia. He now studies at Northwestern State University in Louisiana.

In the future, the club aspires to help local students in college with tasks such as sign up for FAFSA.

"They're like family to us. We Skype them during our student chapter meetings," Ortega said.

Locally, the organization changes its name to Children Within Our Borders and has recently started Feed and Fortify, a project to help families who are on the verge of being homeless.

Ortega said Feed and Fortify meets twice a month at a hotel on Orange Blossom Trail, where families are staying until they can get back on their feet.

As for the future, Ortega said she hopes a culture of giving is created through this project, and children come back and help others to make a difference in the world.